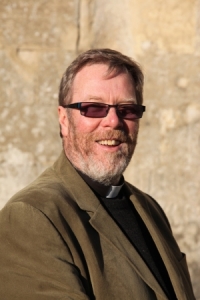 David was Instituted as Vicar of Glastonbury with Meare in September 2008; he is Vicar of St John's Church and St Benedict's Church, Glastonbury along with St Mary's Church at Meare.

David has been Area Dean of the Glastonbury Jurisdiction since 2010, is an ex-officio Foundation Governor of St Benedict's Junior School and St John's Infants' School in Glastonbury and is also a Trustee of Glastonbury Abbey.

David is married to wife Kathy, they have three children, dogs and hens! 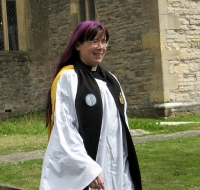 Revd Sister Diana Greenfield came to Glastonbury in 2010 to serve her curacy as a pioneer minister.  Her ministry is shared between the Benefices of Street and Glastonbury and covers a wide variety of activities from setting up and running YEAST scrapstore to being chaplain of Strode College and serving the diocese as advisor for New Religious Movements and Alternative Spiritualities. 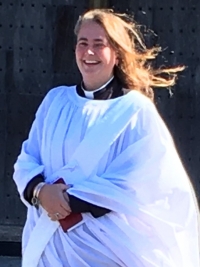 Michele is currently the Millfield Prep School Chaplain in Glastonbury. She works with pupils aged 2 -13 and looks after the spiritual provision of the school for all those of faith and none and is also Head of RS. Michele is lucky to have St Andrews Chapel at the school and Wells Cathedral on the doorstep for larger services. She is excited to be serving as a Self supporting part time Deacon at St John's and St Ben's Churches along with St Mary's Church, Meare. Michele looks forward to working in the community whilst being a full-time School Chaplain. Prior to Ordination and Chaplaincy, Michele was a Deputy Head Teacher in Exeter and an Art Teacher in Oxford. She studied at Cambridge University back in the 90’s. Michele loves creativity, art, nature, her campervan and her Chaplaincy dog Sir Nigel ! Michele is married to husband Phil and they have two teenage boys. 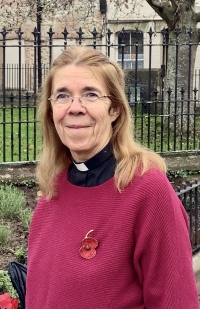 Pamela arrived in Glastonbury in June 2017 semi-retired along with her husband Gareth. Having served her title as Curate and Vicar in suburban multicultural parishes in the Diocese of London for the best part of 17 years, moving to Glastonbury was a whole new adventure for them both.

Glastonbury Abbey was a familiar port of call for Pamela, having brought parishioners out of London on Retreat for quite a few years. Hence she visited St. John’s Church regularly before having moved here permanently. She feels very much at home in this richly diverse and friendly community. Being invited to offer her gifts of ministry alongside a very welcoming and gifted staff team, within the three churches in the Benefice, is a blessing to her. She hopes to be of service as and when required.

Gareth and Pamela have 4 grown up children and 8 grandchildren who bring to the family, two dogs; Kimi and Luna. 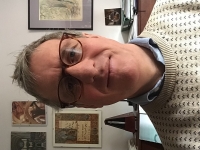 Matthew came to St John's in September 2017. Having taught in schools for more than 20 years, he is now a freelance organist and pianist. He plays regularly for the Wells Cathedral Voluntary Choir and is in demand for accompanying at concerts and exams.

He has directed choirs in Westminster, Bristol and Wells Cathedrals; conducting Bach’s St John Passion remains a highlight in his career. Matthew has been a Fellow of the Royal College of Organists since 1995 and has given recitals in many of the UK’s finest cathedrals and abbeys.

His interests include architecture, cooking and jazz. He lives with his wife Andrea and their busy family. 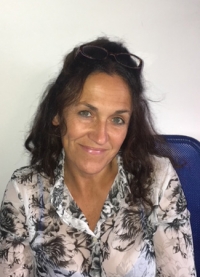 Sharon joined the Benefice in 2005 and as well being the Administrator for St John's Church & St Benedict's Church, Glastonbury with St Mary's Church in Meare, she is also Secretary to the Vicar. 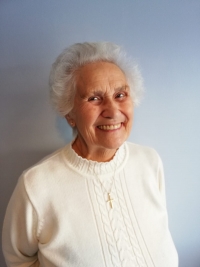 Margaret was Licensed as a Reader on the 12th October 1975. 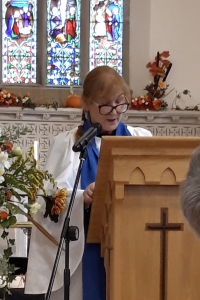 Annie and her husband Phil moved to Street from Chester just over 8 years ago when Phil retired. Annie has four children and four grandchildren. She loves all things Italian and is intrigued by her Celtic roots. She is passionate about working with children and has been involved with Open the Book for nearly 20 years. She is delighted to be part of an excellent ministry team, with all the exciting opportunities to serve that it offers.

Annie was Licensed as a Reader on Saturday, 5th October 2019. 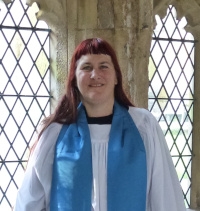 Philippa was born in Bristol and spent the first part of her childhood in Llandaff attending the Cathedral where she learned about many of the Celtic saints of these lands. Philippa is married to David and they have lived in Glastonbury since 1984. Glastonbury reintroduced Philippa to the Celtic Saints of her childhood. Philippa and David have two adult children, Rachel and James. Philippa is a semi-pro lyric mezzo soprano. 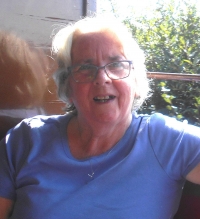 After 43 years of marriage, Di was recently widowed. She has three adult children. She trained to be a teacher but has spent most of her working life in retail. Di has always had a strong faith and hopes that as a Reader she can channel this through to others either by her actions, or by talking to them. 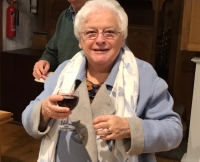 Joan came to live in Glastonbury in 2013 after spending thirty eight years living in Bletchley Buckinghamshire - quite a change but one she and her husband have loved! Joan has been a Church Warden at St John's for four years. Before she retired she worked as a Teaching Assistant in a very large Comprehensive School in Milton Keynes. Joan was also the Chair of Governors of a Primary School in Bletchley.
Joan is married to Michael and they have two sons and four Grandchildren. 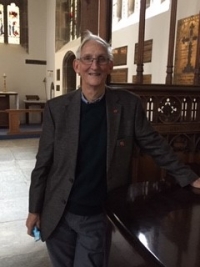 Bill is locally born and bred, married to Kay and has lived in Glastonbury for the past 30 years. They have one grown up daughter, Victoria, now London-based. Bill is now in his second period as Churchwarden at St John's and has been involved in the local drama & music world, with special links to Glastonbury Abbey. Bill spent time as a Governor of St Ben's Junior school and is also a member of the Glastonbury Antiquarians Committee 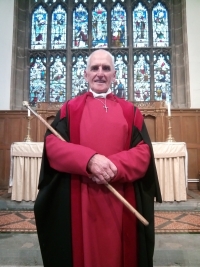 Mike lives in Glastonbury with his wife and family and has been associated with St John's Church for over forty years. He is a member of the Serving team and, for the last five years, has had the honor of being the Verger of St John's Church. 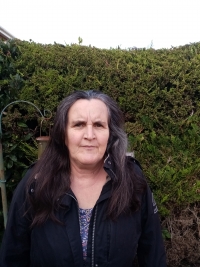